To create a UDP connection, do the following: 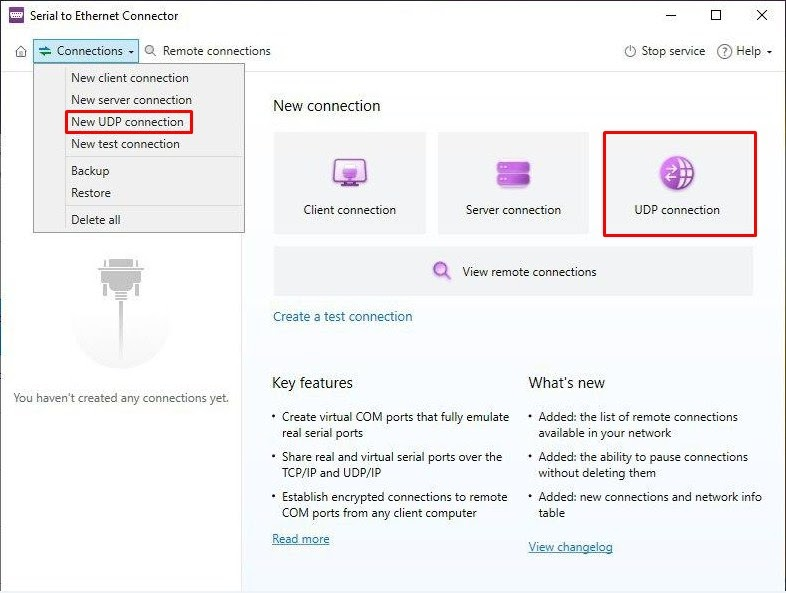 Note: a virtual COM port can have the same name as an existing real port. In this case the virtual port will “overlap” the real one, with the latter becoming inaccessible to other applications.
Note: The UDP ports you select should be allowed by your firewall and should not be already in use by another application. 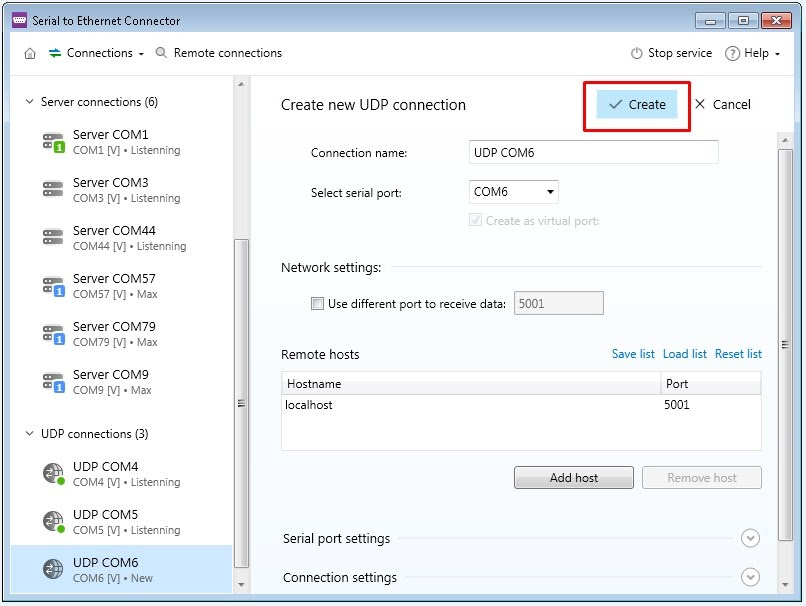 After that, you can create a connection of the same type on a remote host.

When creating a UDP connection you can also configure: Serial port settings, Connection settings, Security settings and Signal lines settings. The rest of this page covers them in detail.

If specific port settings are expected by the device attached to your real COM port, you can set. (These settings can be dynamically adjusted by the remote host if the Telnet protocol is used.)

Note: If the Create as virtual port option is checked, the default port settings will be greyed out, as in this case the settings are to be defined by the application that opens the COM port.

In the RAW mode that is used by the UDP connection, the Receive data from and Send data to dropdowns let you configure the access permissions when communicating with multiple remote hosts at once. The available options are:

In this section you can configure the signal line states of the local COM port for when the connection is not established.

E
Electronic is the author of this solution article.